Azerbaijan As A Brilliant Model of A Unity of Tolerance, Religion, Ethnicity! Serious or a Joke? 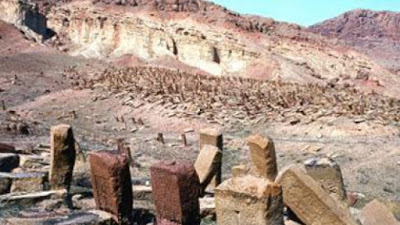 Azerbaijan As A Brilliant Model of A Unity of Tolerance, Religion, Ethnicity!
Serious or a Joke?

Recently the news site «Նիդերլանդական օրագիր» referred to the Netherlands’ «Diplomat Magazine» to the Azerbaijan’s ambassador Ficret Achundov’s article, entitled «Azerbaijan is a model of multiculturalism and tolerance». Mr. Ambassador presents Azerbaijan as a model of multiculturalism and tolerance. It gave rise to, mildly said, puzzlement and questions among the Armenian public. Are Achundov’s data in the article reality, a dream, is it serious or maybe it is a joke? Ambassador Ficret Achundov thinks in the modern world of ethnic and religious discrimination, being a usual phenomenon, his Azerbaijan still remains a model of cross-cultural and religious tolerance. Moreover, according to Mr. Achundov multiculturalism and tolerance are the lifestyle of multinational and multi-confessional... Azerbaijani people as well as the inseparable part of their country’s state policy maintained for centuries. The only thing which cannot be understood is how for centuries those multinational and multi-confessional people, known to have a history going back to ancient times, and, having no links at all to and nothing in common with the Azeri-Tatars lived under their rule in their so called Azerbaijan whose history is less than a 100 years old and who do not appear as a completely formed community of people, who haven’t managed to build their own history yet.
Perhaps, just the contrary can be said: the latter did forcefully annex them to the local people adopting their lifestyle and culture pretending that both are their own national ones. Let us suppose that Azerbaijan itself, formed a 100 years ago, united the peoples living within its state and created model tolerance for them.
Let us once again refer to the examples given by Mr. Ambassador.
Ficret Achundov writes with some open pride
“The Azerbaijani parliament in 1918 brought together and united various ethnicities of the country: Azeries, Russians, Armenians, Jews, the Greek…”
“Baku International Center for Multiculturalism operates in Azerbaijan to carry out research, and promotes multiculturalism. In addition, there is a special counselor to the government on multiculturalism, inter-ethnic and religious issues.
Furthermore, the Azerbaijani government, together with international organizations, regularly host Intercultural Dialogue Forum and Baku International Humanitarian Forum in Azerbaijan.
Religious freedom is present throughout the country. Islam, Christianity, Jewism, as well as other religions are freely exercised in the country. There are practically all currents of Christianity present in Azerbaijan, such as Orthodox, Catholic, Lutheran, Protestant, Armenian-Gregorian, as well as historical Albanian church. More than 2 thousand mosques, 13 churches and 7 synagogues operate in Azerbaijan and this number is increasing on a yearly basis. Azerbaijan is also a home for many ethnicities, such as Russians, Ukrainians, Belarusians, Kurds, Jews, Armenians, Greeks, Germans and Tatars. There are many settlements of ethnic minorities in Azerbaijan, like the village of a Jewish community in Azerbaijan – Red Town, a village of Molokans – Ivanovka, a village of Udins – Nij, and the Khinalig village of Guba. Ethnic minorities in the country have their own schools, cultural centers, mass media and internet resources. The government takes necessary measures to ensure that the children of ethnic minorities learn their native languages. Azerbaijan is also home to approximately 30 thousand ethnic Armenians, despite the fact that more than 20% of territory of Azerbaijan has been occupied by Armenia.”
Mr. Ambassador, in tune with what he has written concludes as follows:
“This clearly demonstrates the tolerance of Azerbaijani people for ethnic and religious minorities and diverse cultures. It also disproves the false Armenian propaganda that Azerbaijanis and Armenians are incapable of peaceful co-existence.”
Contrary to the statement that Azerbaijani Ambassador makes, Armenian public has always been for the peaceful coexistence of both of the countries, for the self-determination and respect towards rights, and, anyhow, has never preached war, while Ilham Aliyev does preach war. We would be glad, and it would have been better, if Azerbaijan really manifested tolerance: Unfortunately, the Ambassador’s notes on the above-mentioned clash reality and vanish. Perhaps, it were only a play of imagination, a dream of the ambassador.

Manifestations of “brilliant tolerance” towards the Armenian population in Azerbaijan
Azeries are known to be training future spies in special “Armenian schools” in Azerbaijan. Perhaps Mr. Achundov doesn’t remember about Ramil Safarov’s savage killing of Gurgen Margaryan. Fortunately, the world hasn’t forgotten about this unprecedented monstrous act of Safarov’, who gained a reputation of a hero in ‘tolerant’ Azerbaijan. To speak about tolerance when peaceful negotiations were replaced by the undeclared April War in 2016, when Azeries cut off noses, ears, heads of dead Armenian soldiers, killed elderly Armenian couples in Talish, shot children.
We have singled out some questions from Mr. Achundov’s article testifying about “the model tolerance” towards the Armenian population in Azerbaijan:
1. Where are the present day Azebaijani Armenian parliamentary members when the country in1918 used to have such a tradition – ethnic Armenians in the parliament?

2. In which part of Azerbaijan is there the working Armenian –Gregorian church, or where is hidden that dome cross of the only Baku Gregorian church which has been rooted out of its ordinary place - the dome?

3. Where are the Armenian Cross stones, Nakhijevan including , on Azebaijan’s territory?

4. In which part of Azebaijan ethnic Armenians are taught their mother tongue: the Armenian language? Is there a single Armenian school, culture center, or news agency there?
5. Where do the 30000 Armenians live whose location is unknown to us?

If this can be evaluated as “manifestation of tolerance”, then it means that the ambassador has presented the world the best possible model of religion and ethnicity unity. A great number of social media users have qualified this particular passage of the ambassador’s article, concerning Armenians, as absolute lie and have left various interpretations and angry smileys below the article. (You can join the action of displeasure below this f/b note.)
https://www.facebook.com/DiplomatMagazineTheHague/posts/2890863284326927 )
https://www.youtube.com/watch?v=FdHmTEaTGtc

The list of the ruined and abolished Armenian churches on the territory of Azerbaijan is attached.