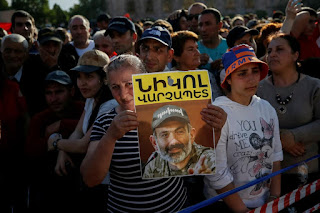 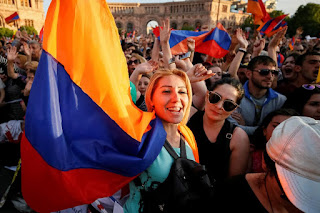 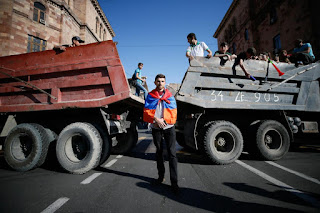 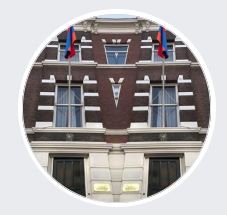 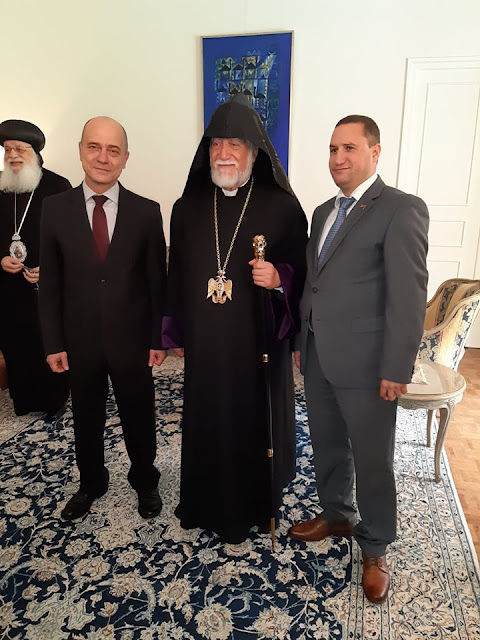 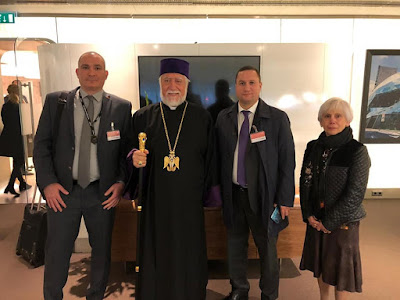 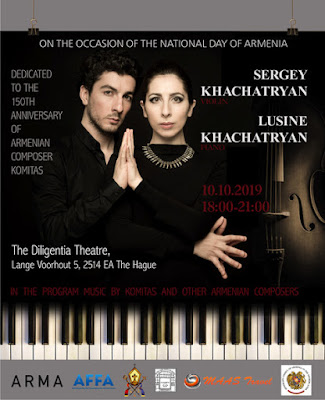 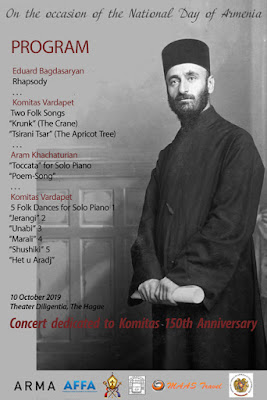 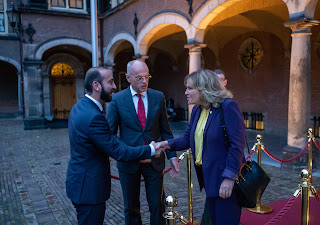 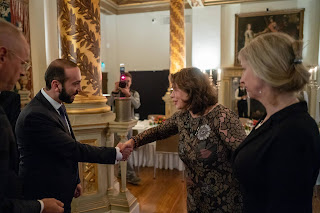 Address by Tigran Balayan , Ambassador of the Republic of Armenia at the National Day reception and concert dedicated to #Komitas150 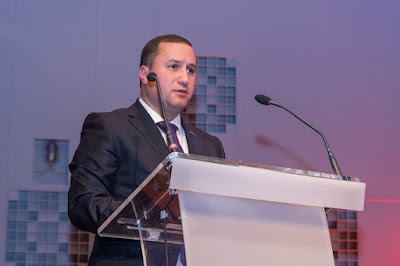 Honorable President of the National Assembly of The Republic of Armenia,
Honorable President of the Senate of the Kingdom of the Netherlands,
Excellencies Ambassadors,
Honorable members of Parliaments of Armenia and the Netherlands,
Հարգելի Խաժակ սրբազան, հոգևոր հայրեր,
Սիրելի հայրենակիցներ,
Ladies and gentlemen,
I am delighted to welcome you all on the 150th Anniversary of the great Armenian composer, priest and song collector Komitas: an incredible occasion, which has also been marked by UNESCO. We are honored to have organized this concert and lucky enough to have the opportunity to listen to miraculous music performed by Sergey and Lusine, world renowned musicians and Cultural Ambassadors of the Armenian people. This concert is in many ways exceptional and we are deeply grateful to Sergey and Lusine for their presence and performance. The repertoire of the concert includes not only Komitas, but other Armenian composers.
It is extremely hard to characterize or describe Komitas in a few lines. He has everything to offer to everyone who appreciates music. His is the author of one of the most impeccable Christian Liturgies ever composed. He collected and transcribed several thousands of songs from around the Armenia more than a century ago. Among those are some rather courageous, from a musical point of view, choral works. Devoting his entire life to research of traditional Armenian music, he created a national Armenian style of music composition and outlined paths for development of Armenian music. He was one of the pioneers in ethnomusicology in the world. This list can continue.
I would like to emphasize once more that Komitas is the collective consciousness of Armenians, he summarizes our aspirations and our pain. After 1915 Komitas spent more than 20 years in psychiatric hospital in Paris never talking nor reacting to anyone. The horrors of the Armenian Genocide which he witnessed were too much for a human being to tolerate. Thus, what we have of his music was created before April 1915, before life stopped in the biggest part of the historical fatherland of Armenians.
We have kept Komitas’ memory alive. Despite the attempt to annihilate an entire nation we survived and nowadays are building a modern democracy. This is the reason why Komitas’ Anniversary today is marked in the context of Armenian Day of Independence.
After the victory of last year’s non-violent velvet revolution in Armenia, we have opened an entirely new page in its history, a page full of hope and confidence in a better future. Armenia has embarked on a new path of creating a truly democratic and corruption-free society, market and competitive economy, strengthening the justice system and the rule of law, as well as good governance, securing equal opportunities in social and economic life to promote sustainable development.
Certainly, achieving coherent democracy is a difficult process, which requires substantial time, unconditional commitment and even a change in mentality.
In this challenging path Armenia needs to be supported, especially by the Netherlands, as a leading advocate of human rights and fundamental freedoms. And we highly value the continued engagement of the Netherlands to expand political dialogue, deepen economic and trade cooperation, intensify cultural exchanges.
The year started with a meeting of Prime-Ministers Pashinyan and Rutte in Davos, and today we have a delegation of the President of Armenian Parliament in the Hague. For next year we hope to have other high-level visits, but more importantly intensification in people-to-people contacts.
In this context I would like to inform you that the trade turnover between our countries is on the rise, and the number of Dutch tourists visiting Armenia has raised with at least 30%.
Next year Drents museum will host the exhibition “Under the spell of Mount Ararat – Treasures from ancient Armenia”, which will showcase the rich cultural heritage of my country.
Ladies and Gentlemen,
The reception that preceded and will follow this concert, and the event itself were possible thanks to our generous sponsors #Adibekyan Family Foundation for Advancement, ARMA leather company, MAAS Travel DMC and Incoming Tour Operator Benelux & Austria, Armeens Apostolische Kerk Almelo Council, the De Kaashoeve Rotterdam, Armenia’s Honorary Consul in Amsterdam. Our deepest gratitude to our sponsors.
My extraordinary thanks to the staff of the Embassy for their dedicated efforts in organizing this concert.
I would now invite you all to enjoy this unique concert and do hope that we would have more such events in the future, and we look forward to hosting you again.
I wish you a great gezellig.
Thank you.

Հայաստանը 144 ձայնով ընտրվեց ՄԱԿ Մարդու իրավունքների խորհրդի անդամ 2020-2022թթ. համար: Հայաստանը հանձնառու է աշխատելու և համագործակցելու բոլոր գործընկերների հետ մարդու իրավունքների օրակարգը խթանելու ուղղությամբ:
As a responsible member of the international community and a supporter of effective multilateralism, Armenia has acceded to all major human rights instruments. Today we can proudly state that these human rights commitments are not merely enshrined in our legal system, but are also part of our national values ​​and identity. We are ready to share experience, listen to and learn from our partners, and are committed to advance international collaboration aimed at strengthening the UN human rights system, promoting effective intergovernmental cooperation and civil society engagement.
The promotion of all human rights and fundamental freedoms, consolidation of democratic values will be an important priority of Armenia's membership in the Human Rights Council. Human rights are universal for all peoples and individuals in all parts of the world.
Armenia is determined to contribute to the strengthening of international cooperation and dialogue at the Human Rights Council, and to this end we have already expressed our clear pledges and commitments that we plan to implement over the coming years. We will continue to fight against identity-based violations of human rights, including discrimination, xenophobia, intolerance and hate speech because Armenia and the Armenian people are well aware of the consequences emanating from massive violations of human rights committed on such grounds."
https://bit.ly/2qn3NOR 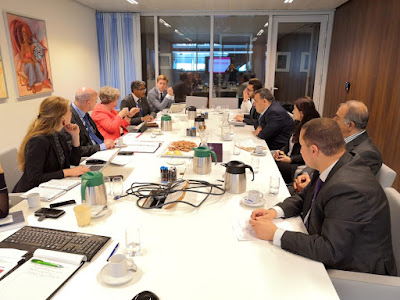 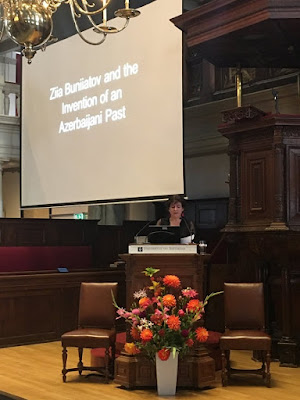 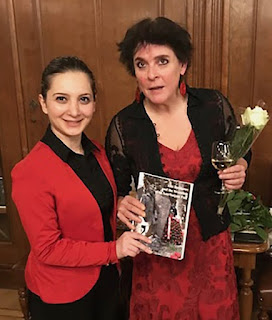 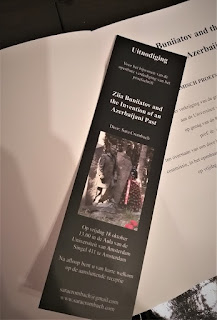 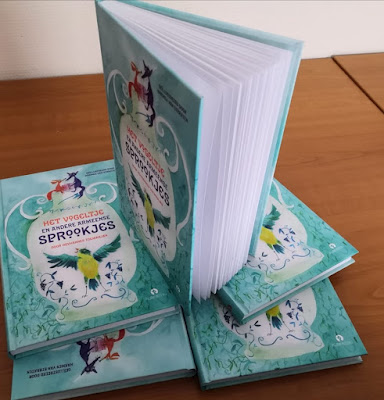 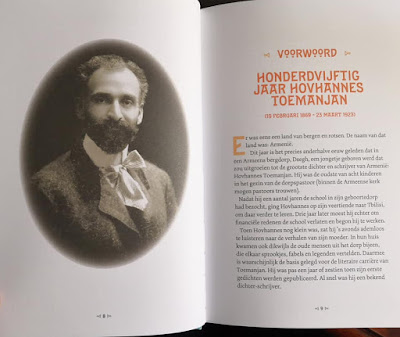 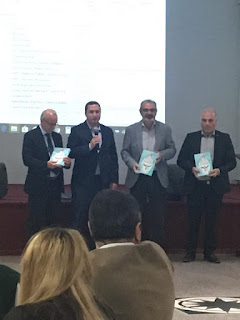 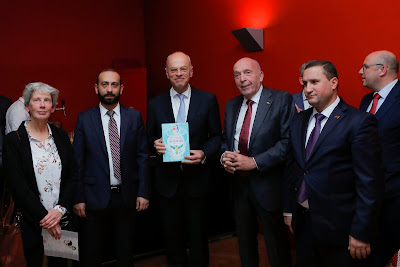 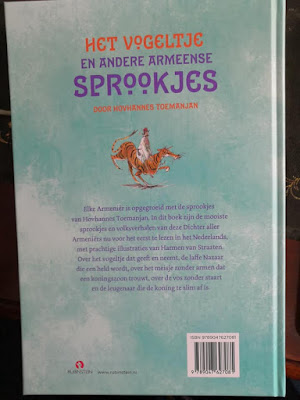 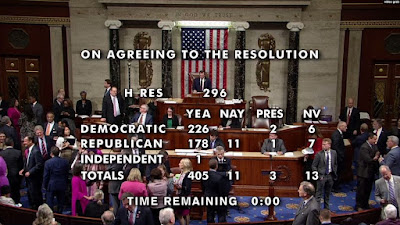 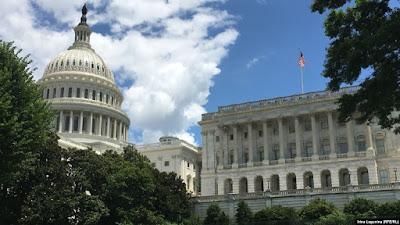 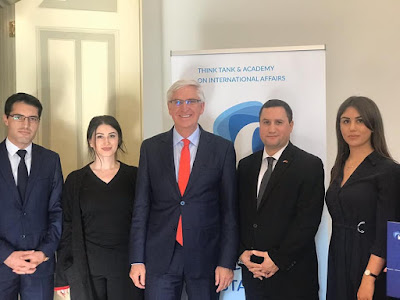