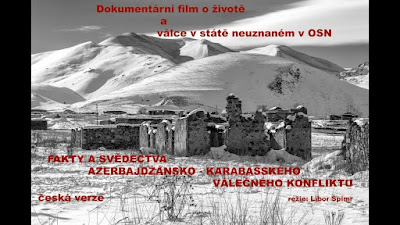 The war of Azerbaijan, with the support of Turkey in Upper Karabakh, can rightly be called the continuation of GENOCIDA of Armenians, as it has all its characteristics. Did one of the former ruling parties of the Slovak Republic also play a role in this conflict, or did human factors irresponsible to the officials fail? What is the background of this bloody conflict.

I will not repeat history here, but I will limit myself to the presence with reference to the recent times. Recently, we have witnessed the fact that politicians of this or that country are only expressly lukewarmly commenting happenings on the territory of Nagorno-Karabakh with the words: We challenge for an end to the fight, stop fighting and resume dialogue.

The reaction of Turkish President Edgoran about the impossibility and reluctance also gives us an answer to unspoken questions or to questions that we are afraid to ask. Why???

By detaching ourselves from the Russian oil pipeline during the media cold war, which, by the way, continues to this day, we have become "clients of the southern branch" going from Turkey here to Europe. But oil flows even from Turkey to Azerbaijan. And so we are de facto taking oil from Azerbaijan. Then comes Turkey's accession to NATO.

And so long time built a plan to restore the former Ottoman rise slowly but surely can begin to be implemented. Nothing stands in the way of it. It just needs the right time and guidance.

Russia, on which we imposed an embargo during the annexation of Crimea, could go to Armenia's aid .... But it cannot, if it does not want to provoke a world conflict in the given area. It would fight against Turkey. It is precisely Turkey's accession to NATO that cannot help, as part of the partnership and support, NATO Allies should go to Turkey for help. Including us. Against Russia. To help against the defendants with the Christian Armenia. And that is exactly what Turkish President Edgoran counts on. And none of the NATO member has to interferes into the conflict. She would fight against her ally. Turkey. And so there is nothing left but to limit ourselves to a non-speaking statements.

Restrict to the willingness to offer the presence of a UN peace force.

This conflict has its second background for us and that is the export of Czech weapons (howitzer Dana) from Bratislava via Israel straight to Azerbaijan. And so Slovaks and Czech politicians are silent. They have nothing else left. It would be quite absurd to condemn the military conflict over the o as such, it is true that the export of weapons an the license for export was controlled by one of the former ruling parties. SNS and its customs representatives. Today, the SNS is not the governing party. But there are former customs officials praising the surrender of these and / or those awards and cutting the ribons today sit in many regional posts of the region, towns and villages, pretending that nothing happened. Only a fool would believe that the narrow leadership of one of the parliamentary parties did not know what was going on. Probably there is no one who believes that the regulator responsible for licensing arms will do all this on their own without '' blessing the highest ones '.' of unprecedented size. A stain of blood and the death of the innocent.

Today, civil objects, hospitals, apartments are being bombed in Nagorno-Karabakh. And with only one goal in mind. Killed or expelled the Armenians from their homes so that the Devilś work could work perfectly ... And this is the restoration of the former Ottoman rise ... By the way, Turkish President Edgoran is no longer hiding with this desire ...

The beasts that were committed during the time of II. World Wars and which we, the whole world, have condemned and which we commemorate every year by honoring the memory of the tortured and betrayed are happening again. In the 21st century. Whether someone likes it or not, it's just a fact. Prohibited cluster bombs against the civilian population, reprisals. aggression, terror. And suddenly nothing happens. And so I have no choice but to call this war Genocide. The genocide of Armenia, which was in 1915 and which has been recognized by many states. A genocide that has never ended and will never end. Unless the whole world starts to dwell. This war, exactly as Rafael Lemkin wrote, meets all the characteristics of genocide.

Dear friends in Armenia, Karabakh, anywhere in the world ...: I'm afraid, no ... I think you're alone in this war. I'd love to be wrong ... but I'm afraid I'm not wrong. I am afraid that there will be no international support for the settlement of the conflict and, if so, only in mild words. The world completely does not matter of the denied self-determination of the nation. Armenian people. This is the result of a long-standing international policy fully hate the nations ... This war will no longer be stopped by anyone and nothing ... Actually, yes ... He can stop her. It can only be stopped by the population of Azerbaijan, which consists of many ethnic strata of nationality. No one else can stop it. And that by refusing to fight ... To stand up to one's own president, to refuse to shoot and to fight civilians. The same is true for Turkey. But I really don't think that will happen. Years of education in the land of these states hate against Armenians and years of brainwashing play their game. And that's what customs officials feel about. The Devilś plan came out.

And you gentlemen responsible for exporting weapons from Slovakia via Israel to Azerbaijan, so you have bloody hands ... You have on your hands the death and blood of hundreds of innocent civilians, men, women and children. A nation that wants nothing more than to live with all nations in respect and peace ... You are sitting in many positions in regional politics for free today ... I will spit this accusation in your face at any time ... Whenever possible 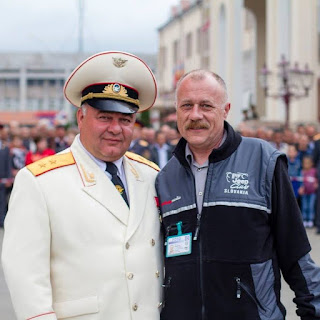